The Commodore began last Sunday's AGM by presenting two cheques to the RNLI, the Club's nominated charity - £5909.65 raised over the Charity weekend was presented to Sarah Armstrong, Community Manager for the RNLI Southwest and a further £500 was presented to Wendy Cummins, Secretary of our local branch (Seaton, Beer & District). 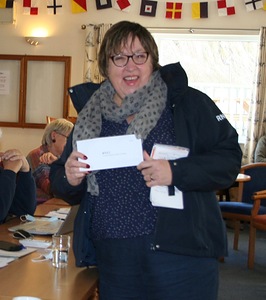 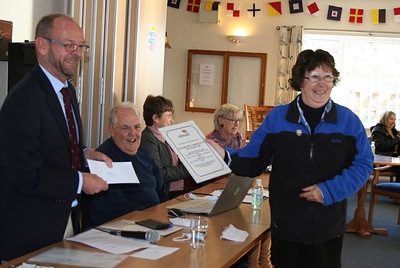 Awards to recognise members of the Executive Committee who made significant contributions towards the Clubhouse Redevelopment: 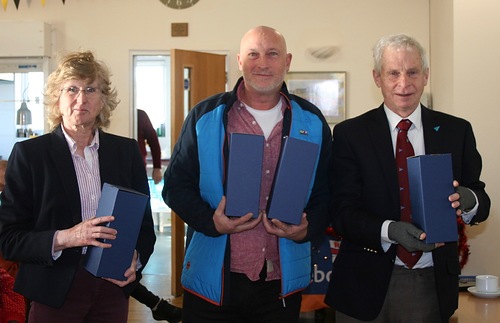 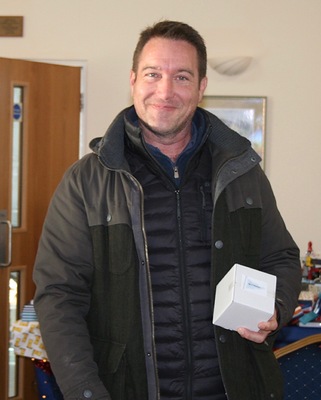 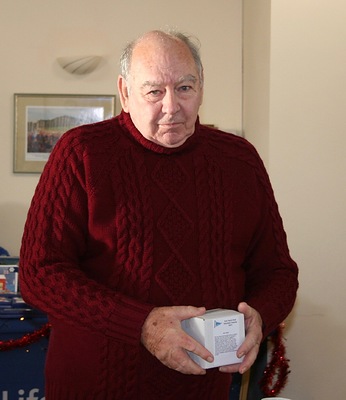 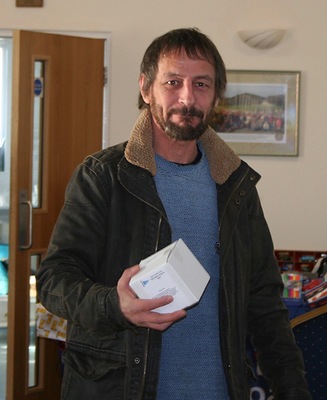 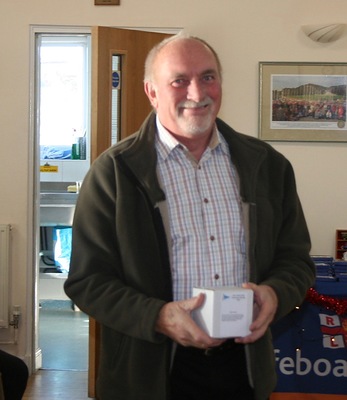 This was awarded to David Haywood, Adrian Clarke & James Widger for designing and building the new dredger, Nobby. 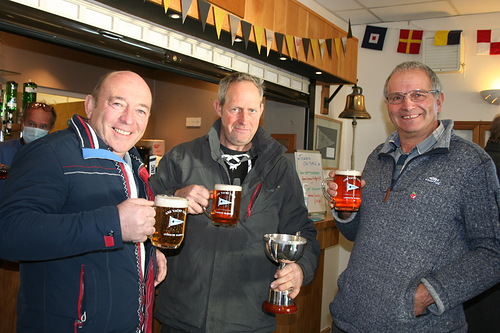 Awarded as a one-off recognition for the efforts that went into the Charity Weekend and the amazing amount raised for the RNLI.

The Commodore awards this each year to recognise someone who has made an outstanding contribution to the Club. This was presented to Sheila Crees who has been the Club's Training Secretary for many years and has done an outstanding job, particularly this year with the pandemic inevitably affecting courses, with many cancelled, re-arranged and even a few re-rearranged. 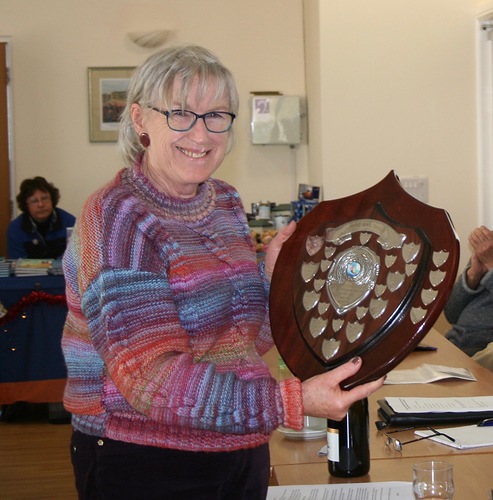