Home / News / Fitting Out Party in aid of the RNLI

Home / News / Fitting Out Party in aid of the RNLI

Fitting Out Party in aid of the RNLI 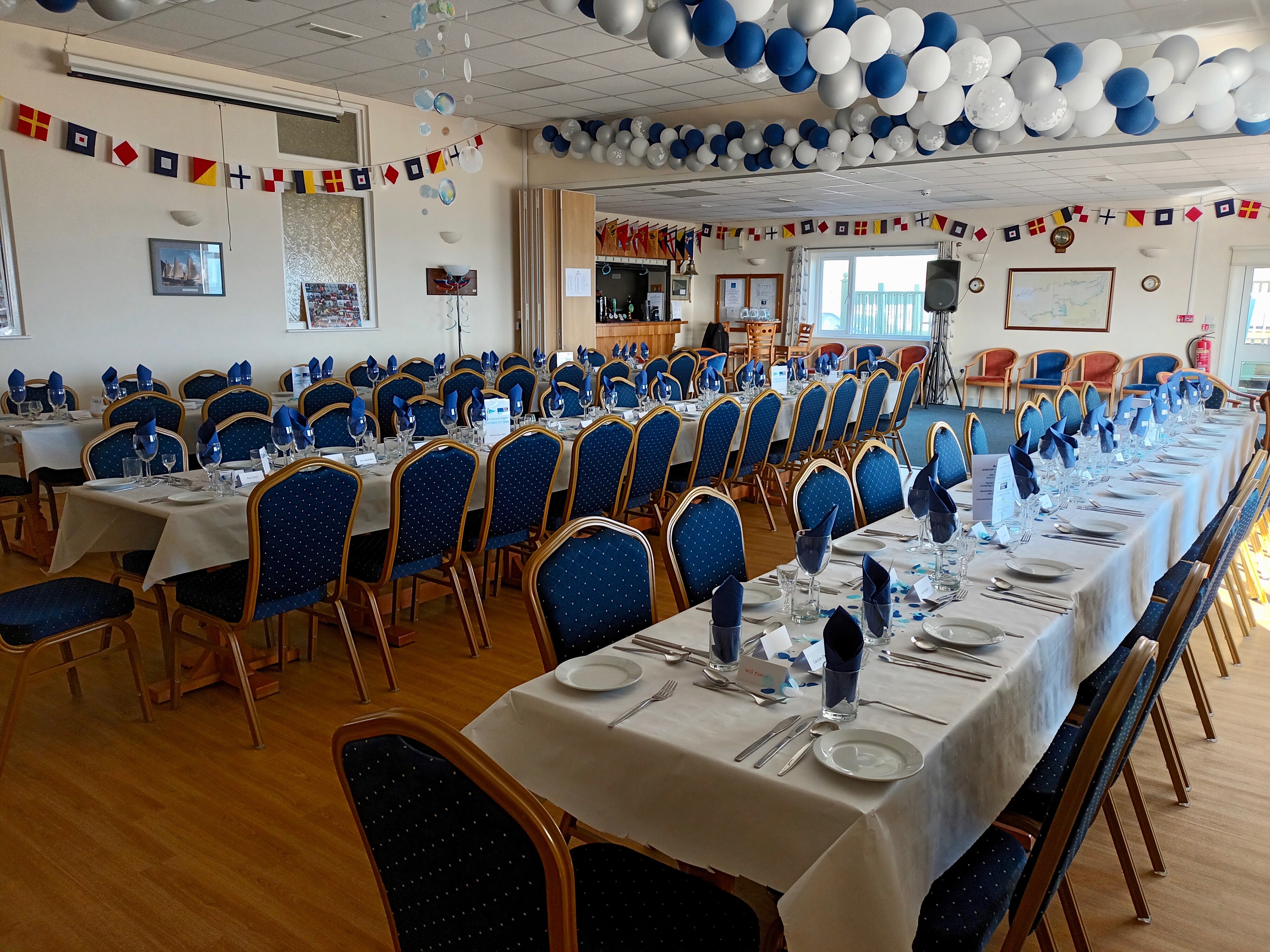 68 members enjoyed Saturday's Fitting Out Party raising over £1,700 for the RNLI. Three long tables were beautifully set by the social team. The food was generously sponsored by Dave & Helen Henderson, who also volunteered their son Paul to produce the 4 course meal! The Crusty Cobb kindly donated the bread rolls which accompanied the delicious salt baked cauliflower soup. This was followed by a choice of curries or pulled beef brisket cottage pie. Some confusion over who had ordered what (!?!), but everyone was well fed. Cheesecake with custard creme and rhubarb textures followed and then cheese & port. The food was served by 3 cadet members who did a great job and didn't manage to spill too much soup! Dave gave a short account of the RNLI rescue at the harbour entrance at the end of last season and the accompanying headcam footage showed just how fantastic the RNLI team was. With loads of prizes donated by various members, the raffle raised £405. The bar staff were kept very busy all evening and unsurprisingly there was not much activity out on the water on Sunday morning!