Welcome to the River Race page, a small section within the Club's activities, but well supported and one that has its origins going back to the very early days of the AYC. The Axe estuary provides us with a unique expanse of tidal water, set in beautiful surroundings and diverse wild life. Due to the local tidal cycle the River Races are invariably held during the evening to coincide with spring tides, thus maximising the available depth at high water. The summer series runs from May to October, with races held roughly once a fortnight. We also endeavour to hold the races at the weekend, but tides do not always permit this, and of course we are limited by daylight! For 2021 we have 12 races programmed.

The River Race Series is open to all classes of dinghy, with both General Handicap and individual Class Groups racing. The foremost prize of the series is the Ray Hicks River Shield. This was presented in 1957, it is the Club's third oldest trophy and still remains keenly contested as the overall General Handicap prize.

The group trophies allow competition within the individual classes and have been established where three or more of the same class compete. The Axe One Designs lead the way in numbers, competing for the Jack Drew Cup. This trophy was presented in 1964 by Jack, the designer of the AOD and one time Club treasurer. The AODs represent a rare surviving class of indigenous club dinghy designed for local conditions. The AYC is justly proud to have this unique class that is ideally suited to both river and sea sailing. 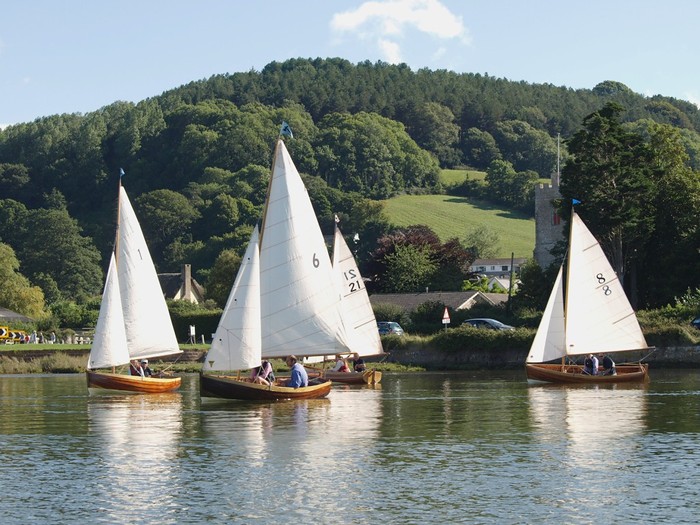 The Scow Trophy is competed for by a mixed selection of these pretty little craft, presently we have Lymington River, Keyhaven, Burnham and West Wight variants racing.

The Mirror Trophy has been less well supported in recent years but still remains integral to the series. We also now have a separate trophy for the cadets. The estuary makes an excellent and safe stretch of water, especially for the junior entrants. The addition of the cadets racing within the series adds to their confidence and gives them an opportunity to compete for some of the clubs prestigious trophies. And lastly the River Pot, this is awarded to dinghies not competing in any of the designated classes, forming a group of their own.

Within the series there are some individual cup races: The Round the Island Race, the Shower Flow Race and Harbour Race all add additional attraction and competition.

Race starts (apart from the Harbour Race) are held off Coronation Green, Axmouth. This provides an area of water clear of the moorings further down steam and makes an ideal viewing point from which to observe the racing. The village of Axmouth has long been associated with the AYC and the tradition continues. The annual River Race Dinner is held in either one of the two village pubs, usually in January; something to look forward to in the depths of winter. 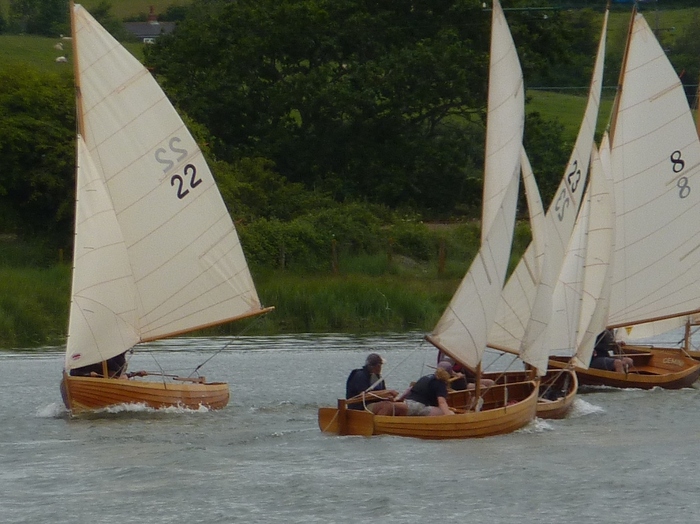 Although not part of the river race series a number of the participants enjoy a variety of social events afloat. These take the form of trips up the river for either Pimms at Gin Bottle Hole or brunch at Vicarage Creek. They also venture further afield with excursions to Fowey Classics or an autumn run to the Beaulieu River. 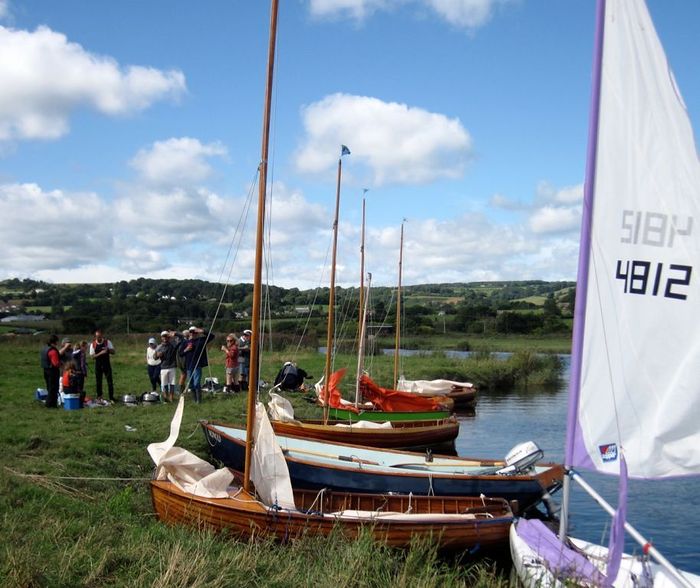 If you have not tried a sail on the Axe we encourage you to do so, the surroundings are beautiful, the racing is not too demanding and there's always the chance of a post race pint to discuss the finer points of the rules!